Since 2013, the company has brought thousands of companies into contact with progressive office providers every year. In 2017 it already made the step to neighbouring countries Germany and Belgium, after which the proptech company has also started in Austria, Switzerland, France and Spain. The current expansion follows the rapidly growing flexible office market in these countries. In the United States, this flexible office industry has grown by more than 20% annually since 2010, according to figures from JLL. Currently this market is also growing fast in Europe. 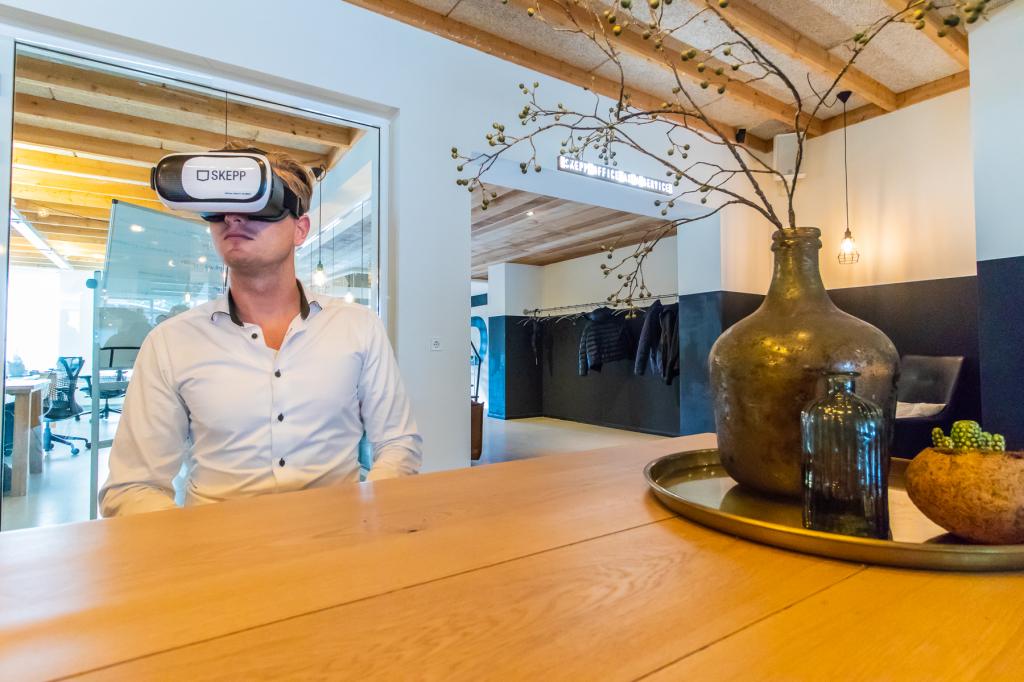 Together with the expansion to several European countries, SKEPP also offers all users in these countries a user experience through guided tours in virtual reality. Rent candidates can digitally request a tour of an office building, after which the candidate receives VR glasses. A real estate consultant from SKEPP guides the hire candidate through the building remotely. Companies no longer have to spend days looking for a first orientation of new office locations, but quickly view several buildings per hour. An additional advantage is that this can also be done in the evenings, while most offices have already been closed for a long time. “This VR solution is part of the aim to get the content to the highest possible level, including high-quality photos, progressive videos, current availability and well-organized maps”, Lansink adds.

In this video Tommy, Multimedia Producer at SKEPP explains how a Virtual Tour works.

The rental candidate immediately receives a rental offer in the mailbox after the tour. A personal designer from SKEPP then creates a digital interior design for the office space that the potential candidate has in mind. Subsequently, the candidate can also immediately purchase the interior and its interior design at SKEPP. This is part of custom made installation package, whereby you pay for the use. You rent on a monthly basis instead of purchasing furniture yourself. It features flexibility because the furnishing can be altered within a week, for example by adding additional work places.

The proptech company is still looking for Acquisition Managers to take care of the start-up in the various countries. View the vacancies of SKEPP here: https://skepp.com/en/blog/come-work-at-skepp

The road to Officekit (3/4): These are the hospitality and tech solutions provided by Officekit

SKEPP is developing a fourth product: Officekit. In this blog, you can read about hospitality and tech solutions that are offered by the product. For example, keyless access and a digital reception.

SKEPP is developing a new product: Officekit. The first Officekit-location will be launched by SKEPP at the Brouwerijstraat in Enschede. At this location SKEPP will use the biggest set of tools that Officekit offers.

Do not give me cost saving advice