How to open a company in Germany

If you are thinking about opening a company in Germany, we have gathered the most relevant information for you in this article! Due to being able to easily move within the European Union (EU) and recent shifts in the political climate, Germany has become an increasingly popular destination to open a company. The country is an important European power with almost 83 million people living there in 2018.

Germany has the largest national economy in the EU. But the country has a lot more to offer than just its population and economy size. In this article, we will tell you more about the process of opening a company in Germany and further important information that you should know before moving to this country. 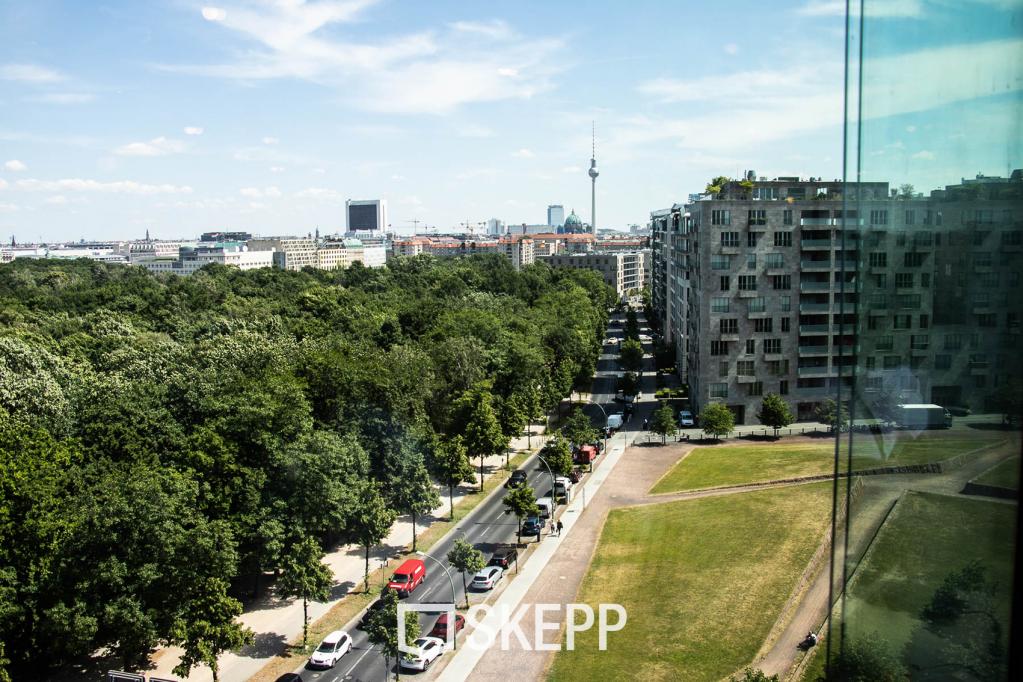 A great view from an office space in Germany.

All over the world, the words “Made in Germany” stand for high-quality products. This is because the German economy is mainly driven by medium-sized companies (Der Mittelstand) who are benevolent to their employees, who are in turn and known for being very productive.

This is one of the first advantages we will highlight in this article, settling in Germany will boost the reputation of your products and services from the start. In addition to that, have a company here will give you access to the German labour market, giving you the ability to more easily hire employees that are both skilled and highly educated.

All over the world, the words “Made in Germany” stand for high-quality products

Companies in Germany have several different company forms to choose from, the limited liability company form (GmbH) is the most popular company form. To set up a GmbH you only need one person and a total share capital of at least €25,000. Every GmbH has one or more managing directors (Geschäftsführer), who at the same time are usually a shareholder of the company as well.

How to open or expand your company in Germany

In case you do decide to open your company in Germany there are many things you need to keep in mind to make sure that you are aware of all the relevant factors. First of all, have you decided on what city you would like to open your company in? Germany is a large country and aside from the geographic and accessibility differences, there is also a difference in local demographics and culture. This could impact what kind of employees you can recruit from the area.

Furthermore, it is important to make sure all the relevant legal documents are in order. Are all the employees at your company legally allowed to work in Germany? According to the world bank, the country ranks 25th in the world when it comes to the ease of doing business. Meaning that comparatively, doing business in Germany should be easier than in most other countries.

It could be a good idea to create a checklist, which sums up all the things you need to keep in mind before being able to move. This checklist could include things like finding a notary office to draft the necessary articles of association. As well as opening up a business bank account, submitting a trade registration, finding a local tax advisor and getting the right insurance for your company. 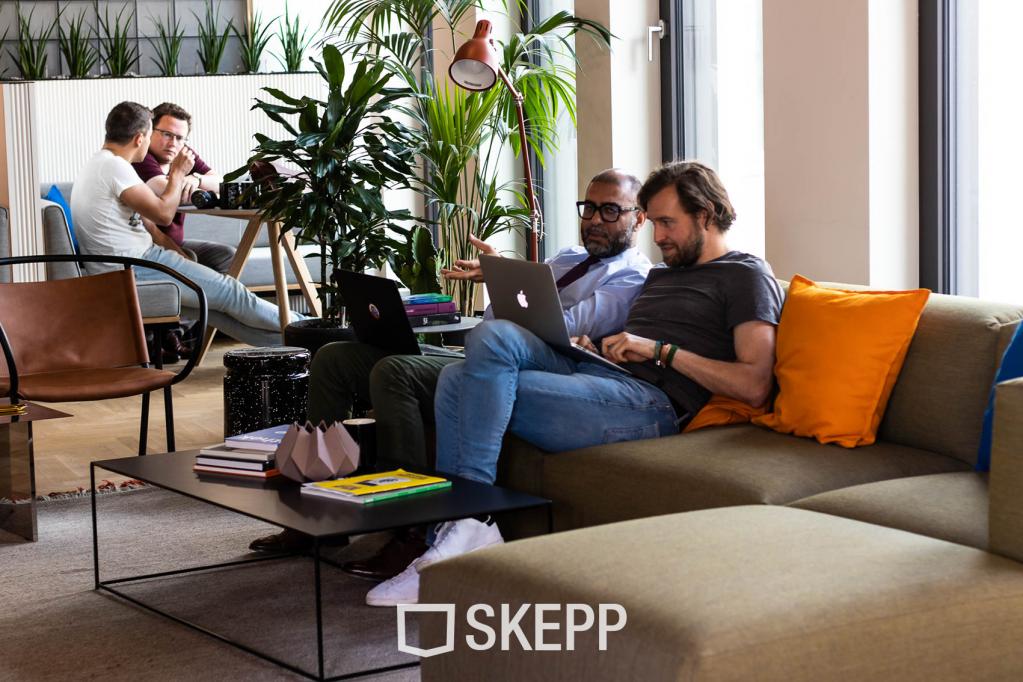 Living and working in Germany

Aside from the location and legal aspects, it is important to prepare yourself and your employees or colleagues for working and living in Germany. A good overview of the main cultural aspects of Germany are the cultural dimensions, by Geert Hofstede. Hofstede has created dimensions measuring aspects such as masculinity, power-distance, uncertainty avoidance and individualism. When you go to the website of Hofstede you are able to compare these dimensions with those of nearly every country in the world. Click here to try it out yourself and gain valuable insights.

Germany is located in western Europe and has a large number of different landscapes. These landscapes range from hills and mountains in the eastern part of the country to coastlines in the northern parts. If you enjoy spending time in nature then there are a lot of possibilities to go hiking, according to the United Nations over 32% of the country is covered in forests.

Moreover, German cities are popular tourists destinations, both for their great historical background and architectural features. Key tourist destinations include Berlin, Hamburg and Frankfurt, which are popular destinations for international companies as well. In the next part of this article, we will tell you more about the various cities you can choose from when opening a company in Germany.

Berlin is the capital of Germany and one of the most popular destinations for international companies. If you decide to open a company in Berlin you will have an office in one of the most accessible cities in the country. Aside from good accessibility due to having good railway, highway and airway connections, Berlin is also the political centre of Germany. With over 3.5 million inhabitants, Berlin is the second biggest city in the European Union. The city itself is divided over several districts.

Berlin is the second biggest city in the European Union

One of the most important districts in Berlin’s Mitte, which could be a good option when you are trying to find a suitable location to rent an office space in. Until the 20th century, this district spanned the entire city resulting in most of the city’s historic buildings being present here. If you want to open a company in the very heart of the country, this is the place to be.

This district offers a wide range of available office spaces and is a popular destination due to its historic importance and central location. This also results in the average rental prices being higher. Hence it is a good idea to consider whether you have enough budget available when you are thinking about opening a company in Berlin’s Mitte district. Workplaces in Berlin are priced between €149 and €399 per month, while office rooms range from €600 to €3000 per month. 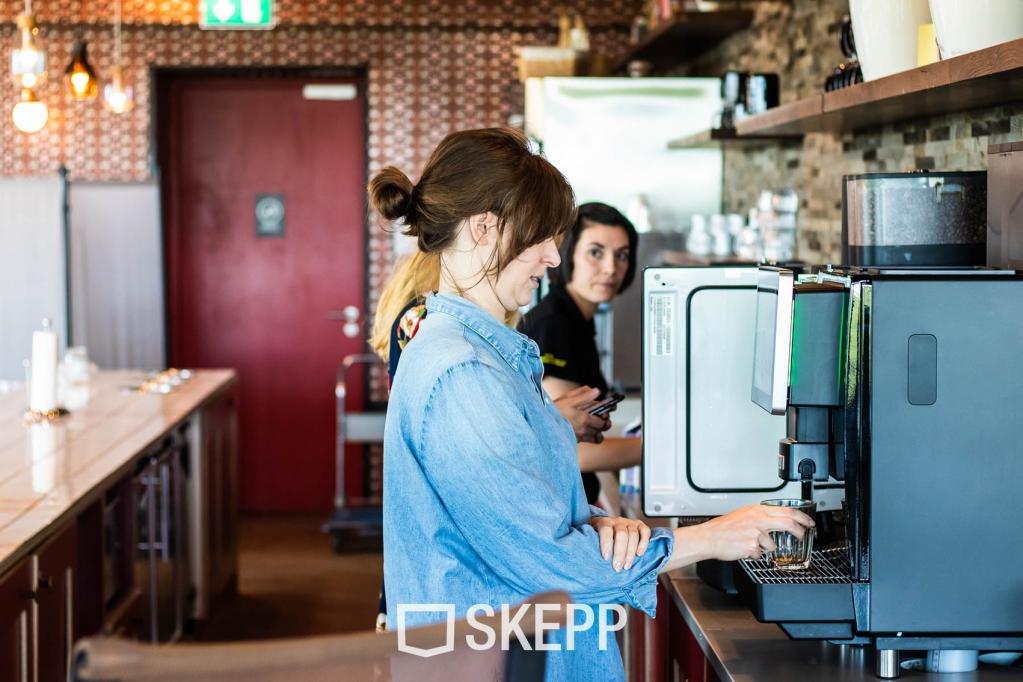 Office spaces often include amenities like a coffee corner.

Office space for rent in the rapidly evolving centre of Frankfurt

This is the place where, as the name already suggests, most banks are located as well as the most international companies. This district is important because of its close proximity to services, excellent infrastructure and good accessibility. Workplaces in Frankfurt are priced from €120 to €600 per month, while office rooms range between €750 and €2200 per month.

Still not about sure about opening a company in Germany?

In case you have any questions that have not been answered in this article, please do not hesitate to contact us! Perhaps you are still considering other European countries? In that case, SKEPP could also be of service to you. Our real estate experts have already helped hundreds of companies in their search for the perfect office space. Also, take a look at the other articles we wrote in the series of "How to open a company":

If you want to contact us, please reach us at info@skepp.com by email and via +31 85 8882339 by phone. If you leave us a message through any of these channels we will get back to you within one business day. We hope this blog gave you valuable insights on how to open a company in Germany.